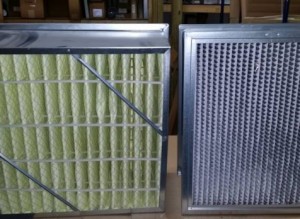 Air purification has been worked toward, to one degree or another, for over 200 years. The Industrial Revolution was a dramatic turning point in the history of mankind; unfortunately, it also introduced serious pollution to urban areas. Advancements in technology, as well as increasing awareness about the dangers of less obvious forms of pollution, eventually lead to the creation of modern air purifiers that so many homes and businesses rely on today.

HEPA (High Efficiency Particular Air) filters were developed by the US Atomic Energy Commission to filter out highly hazardous aerosols, toxic carcinogens, radioactive particles and biohazardous contaminates. This new technology (originally classified as top-secret) was capable of pulling 99.97% of impurities from the air, down to as small as 0.3 microns.

In 1963, US Congress passed the Clean Air Act to set standards for the reduction of air pollution through fuel emissions standards. This alerted scientists and consumers of the need to protect our lungs from pollutants such as perfumes, building materials, chemicals, pesticides, and allergens.

As more consumers became concerned about air pollution, HEPA air filters became popular in the 1970’s and 1980’s (and they were no longer classified as top-secret). However, at the time, they were bulky and difficult to operate. Today, air purifiers and sterile air filters are used in a variety of critical filtration applications in nuclear, electronic, aerospace, pharmaceutical and medical fields, as well as in homes around the world. 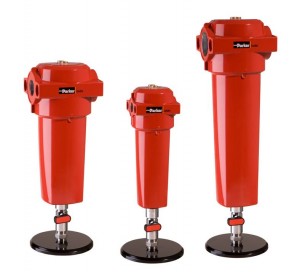 Compressed air is a gas (or combination of gases) that has been put under greater pressure than the air found in a typical environment.  At it’s most basic level, compressed air is potential energy – very much like a compressed spring. It takes energy to compress a spring, and when that pressure is released, the potential energy stored in the compressed spring (or in this case, the air) is also released. That energy can then be used to produce “work”. Compressed air is often referred to as a production facility’s “fourth utility”, after electricity, water and gas.

As compressed air is expanded, it can be used directly as a motive force. There are numerous and diverse applications for compressed air, such as tire pumps, air rifles, aerosol cans, and even jackhammers. However, one cubic foot of compressed air can contain millions of dirt particles, considerable amounts of water and oil, and even heavy metals like lead and mercury. Therefore, the right compressed air preparation is essential.

At Greenleaf Filtration, you’ll find one of the most comprehensive ranges compressed air filters available today. Our filters can help trap dirt particles and other impurities that can prevent your air compressor from operating at peak performance. Liquid releases from the filter cartridge to an automatic drain just as rapidly as it enters the filter. They can also remove moisture from your environment, which provides better compressor air flow and improves air pressure for machinery maintenance jobs.